Autori: E. Bramanti, F. Lenci, A. Sgarbossa
Rivista: European Biophysics Journal
DOI: 10.1007%2Fs00249-010-0607-x
Abstract:
We have determined the secondary structure of 1–40 β-amyloid peptides by Fourier-transform infrared spectroscopy (FTIR) and characterized the peptide photophysical properties before and after self-assembly by using intrinsic tyrosine steady-state and time-resolved fluorescence. All measurements were performed in the presence and absence of hypericin (Hyp), an exogenous natural polycyclic pigment that has been shown to inhibit fibril formation and has also been used as a fluorescent probe. We monitored the time course of the aggregation process measuring 405 nm light diffusion at 90° and used thioflavin T to reveal the presence of fibrils. FTIR quantitative analysis evidenced a prevalent random conformation at t = 0 with and without Hyp. Fibrils showed a predominant parallel β-sheet structure and a small percentage of α-helix. The results of fluorescence measurements showed that Hyp does significantly interact with peptides in β-sheet conformation. In conclusion, hypericin does hinder the formation of fibrils, but the percentages of parallel β-sheets were not significantly different from those found in samples not treated with Hyp. 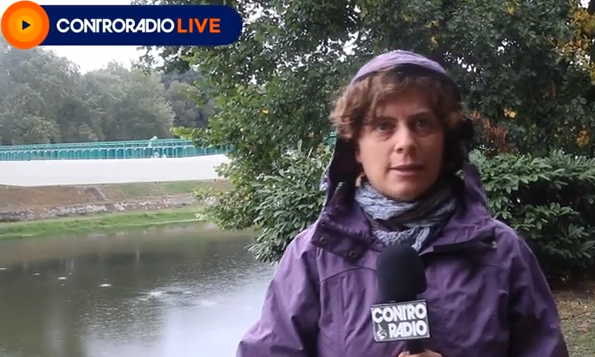